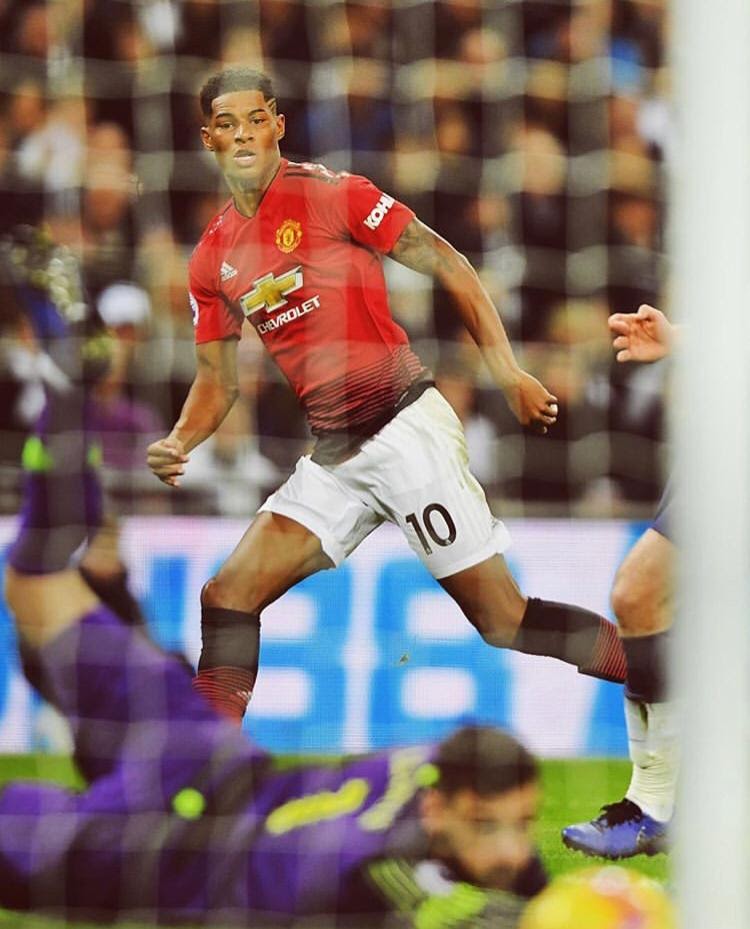 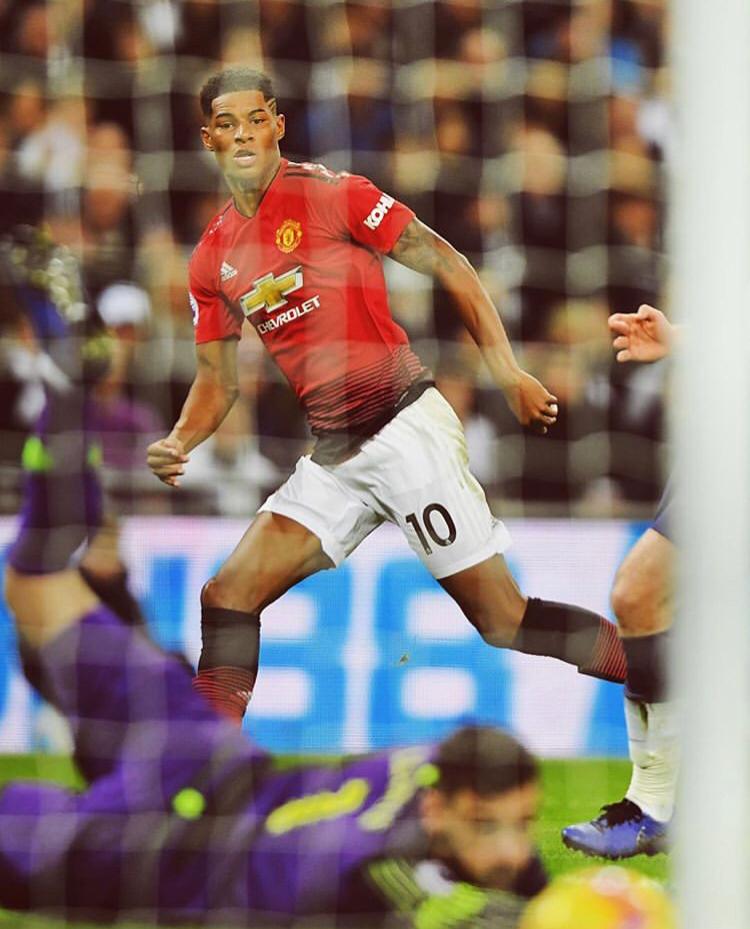 Ole becomes the first Manchester United manager to win six games in a row after the Reds defeated Spurs in an intense ninety-minute game at Wembley. Is Manchester United back? will they finish in top 4? the question remains the same. The performance by the red devils was their best so far this season but the result doesn’t tell the whole story, it could have gone either way if it wasn’t for some brilliance by David De Gea.

In the first half Spurs pressed in but United got control of the game putting themselves in front. A brilliant cross from Paul Pobga to Rashford gave United a deserving lead. And for the first time in recent years, United are enjoyable to watch again. Spurs created some chances in the second half but DDG had some other plans. He earned his fourth clean sheet of the season (third one in a row) 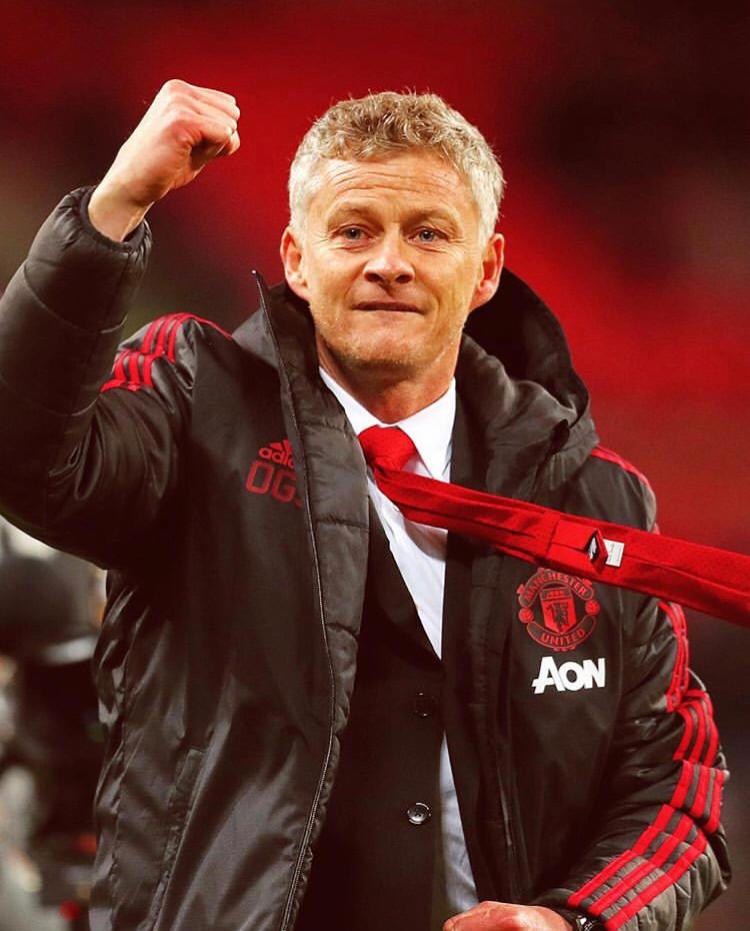 Ole Solskjaer celebrating after the win at Wembley.

Arsenal’s defeat at West Ham and victory for the United at Wembley bought the Red Devils level with Unai Emery’s men in fifth place. Tottenham remains in the third place but the gap between them and Liverpool increased to nine points and United are six points away from the fourth position. It was first real test for Solskjaer and he passed it with a good grade. 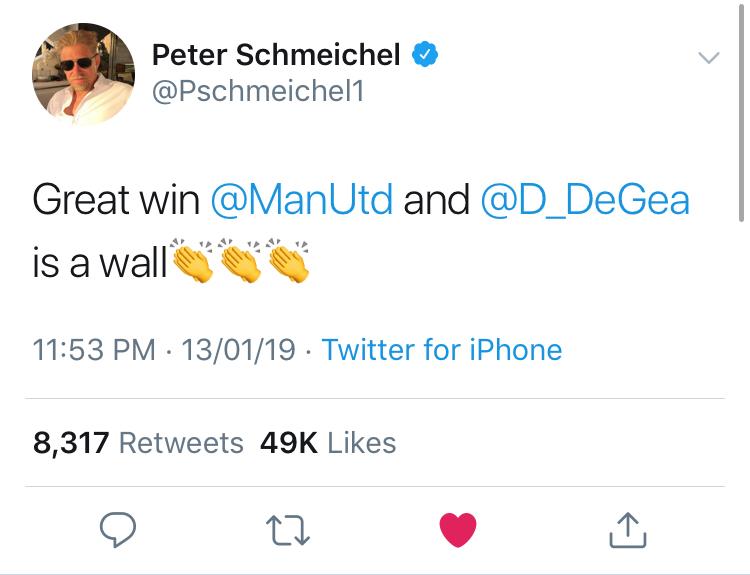 David De Gea has now kept as many PL clean sheets this season as Joe Hart. 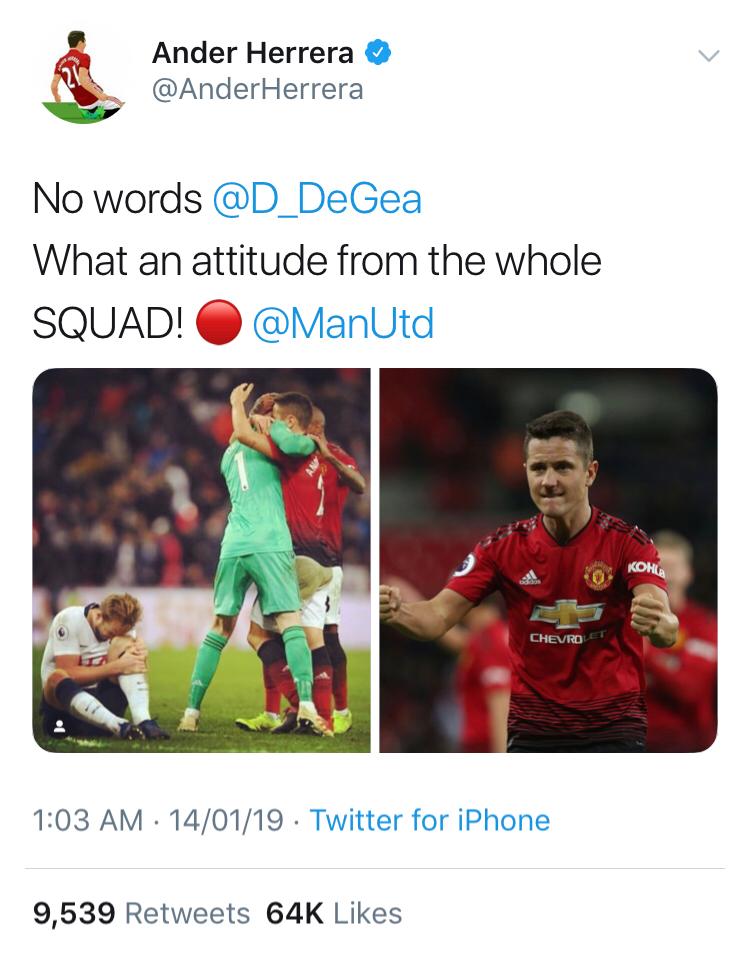 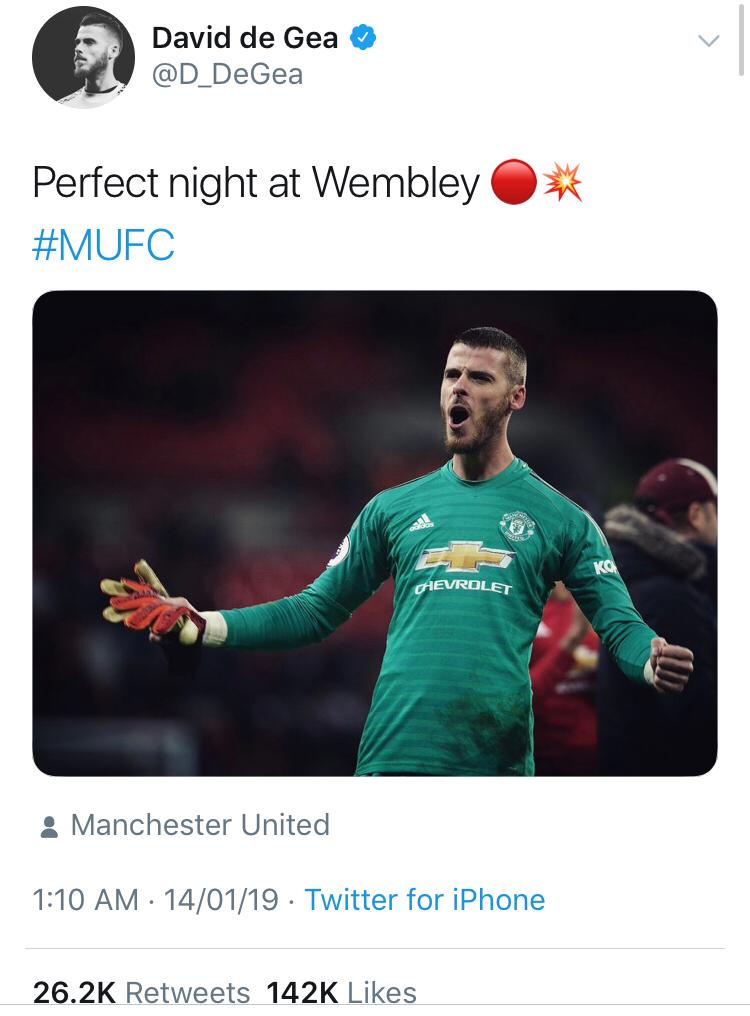 “We are still sixth so let’s keep our feet on the floor, let’s try to beat Brighton and be humble. We din’t start the league very well, so we still have a long way to go to each top four”- Ander Herrera.

“Results-wise, to come away here and beat Tottenham is fantastic,” Solskjaer said.

“We hung on in the second half and we never got to grips with it when they changed the system, but you are allowed to have a good goalkeeper.

Obviously when you make 11 saves it is a top performance, but even so, two of them were top saves but the rest you would expect David to make.”