HomeUncategorizedWhat do we know about Ralf Rangnick? The man... 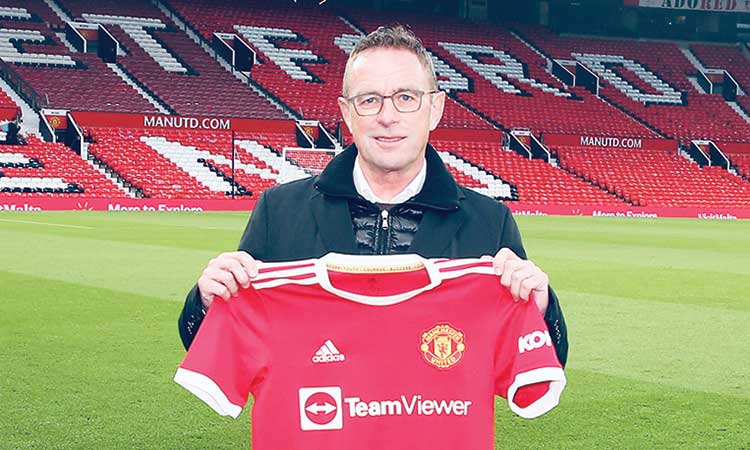 The red devils are in advance talks with the German manager Ralf Rangnick as an interim manager.

He will sign 6 months contract with the club keeping him till the end of this season.

If things go well United might consider keeping him as/at the permanent role by further giving him a 2-year contract.

Provided the club’s first choice and the ex-Spurs manager Poch is not available to join.

What do we know about our manager to be- Ralf Rangnick?

Head of sports and development at Lokomotiv Moscow. The German has also previously coached Hannover, Schalke and Hoffenheim before moving into a management role with RB Leipzig.

In his second spell at Schalke, he won the German Cup, German Super Cup and reached the semi-finals of the Champions League where they were beaten by United.

Rangnick has long been recognised as one of the first people to invent the ‘gegenpress’, which translates as ‘counter-press; the high-pressing,Where the team immediately fights to win the ball back after losing the possession.

The style famously adopted and bought to fame by Jürgen Klopp.

Rangnick’s game plans were always meticulously planned while his influence on those around him has been extraordinary and that’s testament to his vast knowledge.

German coaches who are now considered as one of the top like Jürgen Klopp, Thomas Tuchel consider Rangnick as an important figure in their respective managerial paths.

What has he said about his style of play?

“Tactics, fitness, and rules are all hugely important, but they’re only a means to an end. My job – the job – is to improve players. Players follow you as a manager if they feel that you make them better. That’s the greatest, most sincere motivation there is.”

“If you want to increase the speed of your game, you have to develop quicker minds rather than quicker feet,” he said.

“At RB Leipzig, we work on increasing the memory space and the processing pace. We put players into the Soccerbot, for example – a machine that simulates previous games and allows players to relive key moments of matches.

“It’s PlayStation football, but with your feet. The players enjoy it so much we have a hard time getting some of them to stop.

This is what I think

To settle here is way too difficult than it seems. He doesn’t have experience with English football at all. But even if we give him the benefit of the doubt, I do not want the club to stick with him if things don’t work out in the 6-month contract that he will sign.

We will have to be prepared with a good alternative for the next season and I don’t know how much of a difference Pochetino is going to make.

Are you confident about Ralf Rangnick joining United?

Players who can fill in during injury crises for United.

United trash Cherries with 5 goals as they move into top 4.

That mind-blowing comeback against Everton.