The Red Devils are in their worst run of form, having won only five of their 17 games since Ole Gunnar Solskjaer was appointed as the club’s full-time manager.

Despite playing Hammers, Wolves and Southampton United have managed to win just 2 Premier League games out of 6 this season and it’s not getting any better. They had a close call against Rochdale (the team which plays in the third tier of the English Premier league system) last night which (luckily) United won after a penalty shootout

Lack of creativity and experience is one of the biggest issues in the team this term and it needs to be fixed if they want to challenge for trophies. Unlimited chances are given to English players like Rashford, Lingard and selling off Lukaku who was our most reliable goalscorer in the club and not finding any replacement? That was a very foolish move. After Dybala and Christian Eriksen’s deal fell through the club did not bother to find another forward and they expect this team to score goals and win matches. 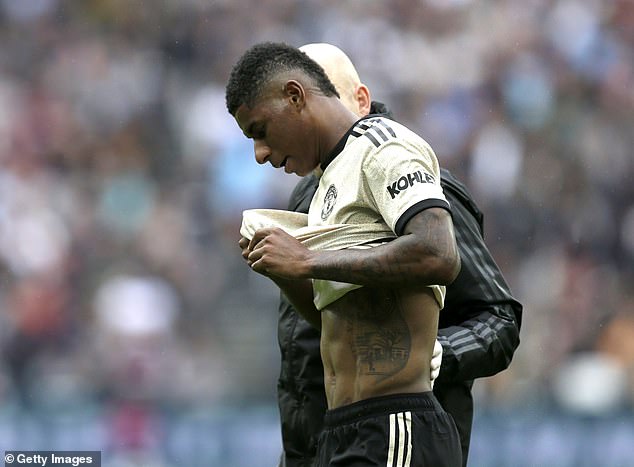 Technical decisions are taken by businessmen and money-minded leaders who don’t have any footballing knowledge, United is just a money-making machine which will be called the biggest club in the world at the end of the day and that’s all they care about.

Manchester United have released their financial year-end figures, revealing a £50 million ($62 million) profit that demonstrates why the Glazers feel little need to change direction. Profits are easily achieved in spite of grim performance of the club on the pitch.

United announce record-revenues of £627.1m — in line with annual guidance.

The fact that Manchester United have gained more followers on social media platforms means more revenue through advertising, on-field performance doesn’t matter to the owners if the commercial part of the club is running better than ever. The club has spent £892million since Ferguson left and what good has it done to us? We need to make signings which will provide us with a positive future and platform to challenge for titles in the present and future. All fingers should be pointed towards Mr Ed Woodward and not Ole, Ole is just another victim of the club which is run by businessmen, we desperately need a technical director and a Director of Football, someone who will take decisions which is actually beneficial to the club on the field and not decisions to generate profit off the pitch.

After promising a new role at the club (technical director) Ed woodward had something else in mind.

“We’re continuing to look at this [Director of Football role], but the players we’ve signed this summer show our way of recruitment is the right one.”

This is what he had to say. Again, if footballing decisions will be taken by such people then the club will only move backwards.

I was against the idea of getting Ole on board since day one, this was an emotional decision to make the fans happy but technically we need someone much more experienced and who also have faith in the youth and is capable of developing budding talent. I’ll be optimistic here and believe that Ole will get the team up and running in some time. But for that, we need to change the shape and the tactics. United’s best football under Ole came while playing a 4-3-3 so a 4-3-3 with a midfield trio of Fred, Pogba and Scott McTominay would certainly look a lot more formidable and fluid. No matter how much we cuss Pogba for pushing his move away from OT we need him and Martial, we haven’t produced a decent performance without the French duo, their injury has cost us a lot of points.

Bringing Fred in for a no. 10 would bring more balance to the side struggling to keep possession. Mata lacks the speed to really create chances as our no 10 and he was swamped by West Ham’s players and failed to make an impact in her another poor away showing, Jesse Lingard when played in that role really doesn’t bring anything to the table and is guilty of losing the ball way too many times. Dropping Victor Lindelof and replacing him with Tuanzebe would be a wise decision, the reds have been facing a lot of problem in midfield and defence and this can be a turning point. We also lack a leader in the dressing room someone who will lift and get the team out of the current mess.

Few have even gone as far as labelling United’s current team as the club’s worst team in Premier League history. which is somewhat true if you go to see the stats and facts of the last few games, it really needs to improve. United have earned just 8 points from 6 games, same as Burnley and Sheffield United.

The new season has started and we are looking back at the greatest summer transfers. Here are the TOP 20 transfers across the top Leagues. (2017)